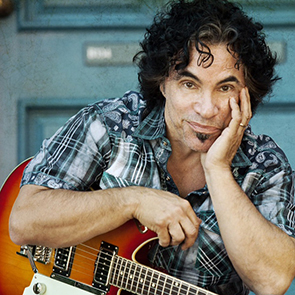 While they don’t all have blue-eyes, the white soul and swamp pop guys and gals from Philadelphia and South Louisiana have created distinctive regional sounds of national significance. In Philadelphia, we sample soul roots of the famed band Hall & Oates; and learn from John Oates that — despite years of pop music, big hair and synthesizers— at heart he is also a folkie into country blues and flat-picked guitar a la Doc Watson and Mississippi John Hurt… which he plays live for us! The angelic-voiced Daryl Hall, on the other hand is more disciple of the Temptations who we’ll hear along with the Orlons, The O’Jays and Sister Rosetta Tharpe. In south Louisiana the simmering pot of music that draws on Cajun, R&B, soul and country ends up as a tasty dish called Swamp Pop. Johnnie Allan (Guillot) is a Cajun Swamp Pop chef extraordinaire with hits like “South to Louisiana” and a version of the “Promised Land” played on the French accordion. He’s surrounded by music from Earl King, Cookie & the Cupcakes, and Slim Harpo. Tasty indeed!